Motivated by those who would reduce gun culture in the United States to the National Rifle Association (NRA), I have tried as much as possible to think and write about gun culture without paying too much attention to the NRA. In fact, when I sent out a book proposal a while ago, one of the reviewers took me to task for not discussing the NRA enough. 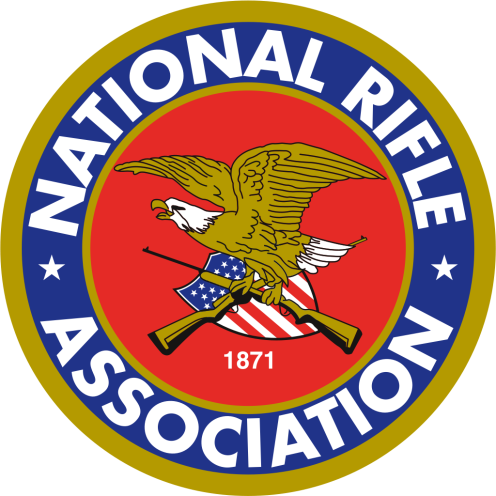 I have a couple of reasons for downplaying the NRA in my work.

First, there are plenty of other scholars out there who have the NRA in their analytical crosshairs. If I underplay the NRA, others will more than make up for that.

Second, the NRA was not a big part of my intellectual and personal points of entry into American gun culture. As I began to learn more about gun culture, I realized that far from being on the leading edge, it has often been behind the curve, both before and after the “Revolt at Cincinnati” in 1977.

For example, as Alexander Rose argues in American Rifle, the NRA resisted military adoption of the AR-15 rifle. The civilian defensive gun training industry was up and running long before the NRA added such courses to its offerings. In Gunfight, Adam Winkler shows how the NRA almost derailed the landmark Heller vs. District of Columbia case. William Horner’s Showdown in the Show-Me State: The Fight Over Conceal-and-Carry Gun Laws in Missouri highlights how the NRA is not always on the ground leading the push for or against state legislation, work that is led by local guns rights organizations. 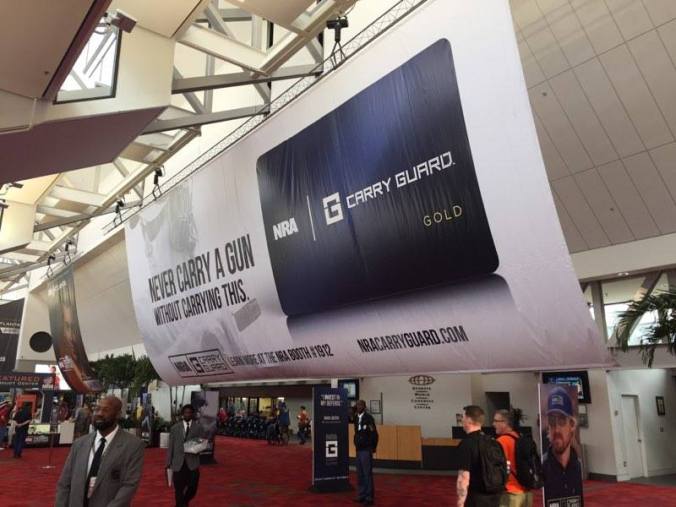 Carry Guard banner at the NRA annual meeting in 2017.

Most recently, in the Carry Guard insurance and training program debacle, the NRA was a Johnny-come-lately to offering products and services that any number of companies had long provided. The NRA’s “Personal Protection Expo” (rebranded as the “Carry Guard Expo”) was a rip-off of the United States Concealed Carry Association’s successful “Concealed Carry Expo.”

So, far from being a vanguard organization, it is often struggling to keep up with the changing culture of guns in America. This is evident in it’s positioning itself as a right-wing culture war organization under the leadership of Wayne LaPierre.

I understand why the NRA doubled-down on its political advocacy in the 1970s, culminating in the Revolt at Cincinnati. On the heels of the 1968 Gun Control Act, the National Council to Control Handguns (a.k.a., Handgun Control Inc., a.k.a. the Brady Campaign) was established in 1974. The DC gun ban that was overturned by the Heller decision was passed in 1975. The Chicago gun ban that was overturned by McDonald v. City of Chicago was instituted in 1982.

It seems clear to me that the NRA got more fervent in response to the increasing scope and intensity of gun control efforts, not vice-versa.

Relatedly, in our increasingly polarized political system, I certainly understand the alignment of a gun rights organization with the Republican Party. But the NRA’s alignment with cultural conservatism more broadly is another thing altogether. It is not necessary and is alienating many gun owners who are self-described political liberals or moderates – who are a majority of gun owners in the US. 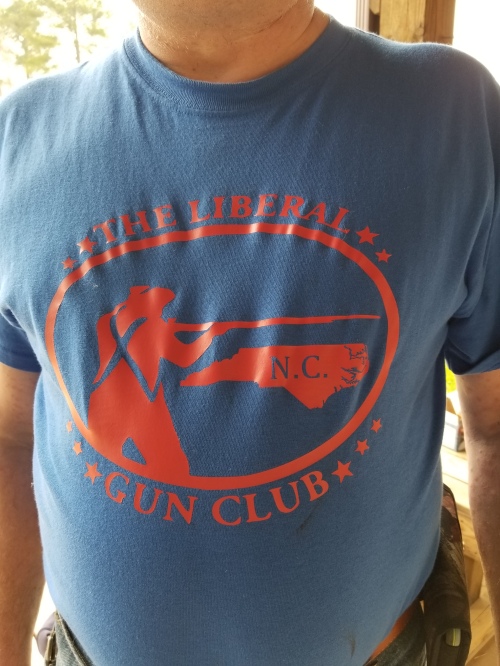 At the same time, I resist common narratives that characterize the NRA as an a-political marksmanship organization until the 1977 Cincinnati Revolt which transformed it into a gun rights lobby. I am not an historian of the NRA, but a random walk through the historical record reveals some data that doesn’t fit this narrative.

A warning should be sounded to legislators against passing laws which on the face of them seems to make it impossible for a criminal to get a pistol, if the same laws would make it very difficult for an honest man and a good citizen to obtain them. Such laws have the effect of arming the bad man and disarming the good one to the injury of the community.

This language of not restricting the rights of “honest” and “good” people is echoed in the language of “law-abiding gun owners” which is in common use today.

Of course, this language was also in use in 1918, when a column in Arms & The Man (now The American Rifleman) makes references to “law-abiding householders” whose rights are threatened by “insane laws of the Sullivan type”:

“The trouble with most of the bills which seek to prohibit the possession and use of firearms is that they make no distinction between the law-abiding householder whose constitutional right it is ‘to keep and bear arms,’ or the sportsman who finds clear recreation in pistol or revolver matches, and the thug who arms himself for lawless purposes.”

Finally, I should say that the contemporary focus on the NRA as a right-wing culture warrior organization neglects the continuation of the organization’s earlier emphasis on gun safety, education, and training.

Only the NRA offers Range Safety Officer training and certification. It continues to offer other courses like basic pistol that place a strong emphasis on how to safely use a handgun. (Only a small fraction of the course entails actually shooting.) Gun control-oriented gun safety organizations offer no training at all, so far as I know. (Please, correct me if I am wrong.)

As I have observed before, learning from Jennifer Carlson’s work on legal gun carriers, the NRA isn’t (just) an 800-pound gorilla in Washington, DC; it is thousands of spider monkeys living quite happily in communities in every part of these United States.

I know many in gun culture hope that if/when the NRA survives its current financial/organizational turmoil, it will get back to a more focused political message and place a renewed emphasis on the education and training, both of which are part of its organizational history and mission.

2 thoughts on “Thoughts on the National Rifle Association (NRA)”