Students in my Sociology of Guns Seminar are required to visit a gun range with their classmates early in the semester and to write a reflection essay based on the experience (see the assignment). 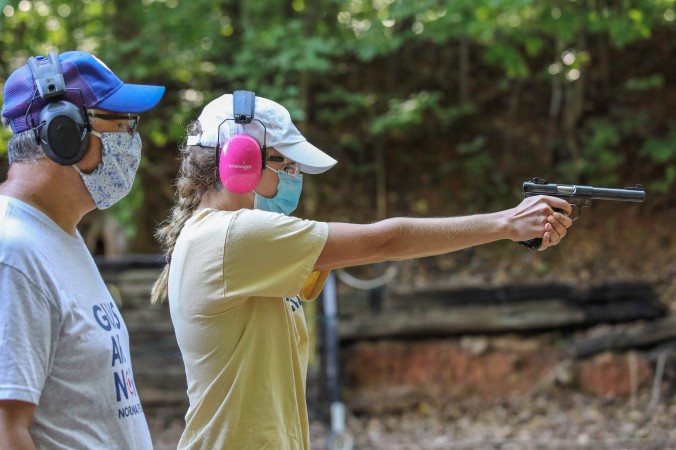 My prior understanding of guns in the US is as follows: most gun violence occurs within interpersonal acts of violence, not from mass shootings, although the media is making those occurrences more glorified. Furthermore, the debate on guns and gun ownership is one that appears to be particular to the United States; other countries, such as Australia, have implemented gun bans and restrictions and also benefit from lower homicide rates due to this, although I know that there are many other factors that need to be taken into account when investigating this trend.

Another understanding of guns that I had prior to our trip to the gun range was that they are difficult to learn to shoot and aim properly. None of these preconceived notions came from personal experience, as I’ve never handled nor shot a gun.

When I compare my first-time gun range experience to my prior understanding of guns in the US, I am met with cognitive dissonance and discomfort from the enjoyment I received from firing a gun. I found it very surprising that I enjoyed the experience because I never thought of myself as being okay with partaking in recreational shooting. The challenge of focusing on a target and aligning a gun’s sights properly was the most appealing aspect of the experience for me, as I aimed for perfection with each shot.

Another challenge that I enjoyed attempting to conquer was the overall handling of the guns, as I over-estimated the weight of each gun. The .22 caliber was very light, and its kickback was much less that I thought it would be, which probably explains why I was able to aim well at the steel target. The AR-15 was another gun that didn’t align with my prior understandings of guns; its optical sight was not what I was expecting, and the stock didn’t jam into my shoulder as I thought it would. Had the guns been more as I was expecting, I don’t think I would have enjoyed the experience as much as I did because they would have been more difficult to maintain and handle with success. 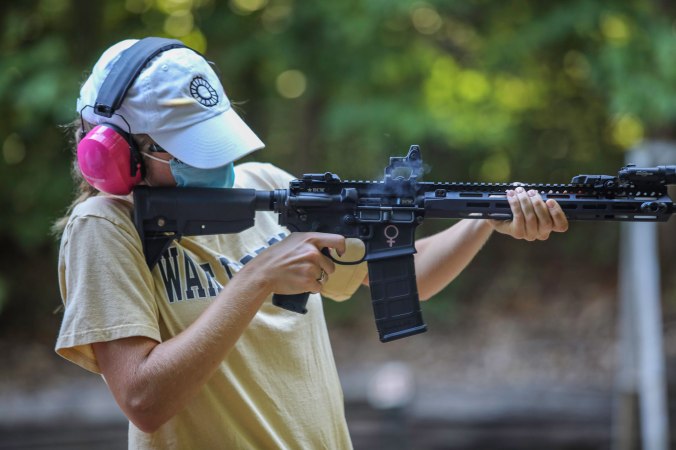 This makes me think about incidents of family violence where children get into closets and find locked-but-loaded guns. If I found it so easy to fire a gun with relatively good aim, who’s to say that these children aren’t capable of the same, even if their innocence is viewing this weapon as a toy?

By further investigating my dissonance and discomfort, I began to wonder how it is that I could handle a lethal weapon without thinking of the mass destruction that is commonly associated with guns in the media. Mass shootings, drive-bys, and family violence frequent news headlines, and a gun is usually involved in these media excerpts. The thought that I was handling a weapon that has been used to kill others never crossed my mind as I was actively shooting.

This taught me that there are multiple valid perspectives towards gun ownership and activity, where one can view guns as only lethal and dangerous, yet others can take a recreational and/or game approach towards guns.

This makes me think of the 2nd Amendment and its various interpretations; should people be able to freely interpret the 2nd Amendment to fit their views, or should there be one concrete interpretation, which would then place the actions of some groups in violation of this Amendment? My understanding of the issues surrounding this Constitutional right is not firm, but I am aware of the tension that surrounds it.

I am very glad that I was able to have this experience and its appeal has left me itching to go back to a range so I can continue to navigate my own feelings towards guns and the role they play in our society. I have such mixed views towards gun ownership and am very excited to explore these feelings as I continue to gain a deeper understanding behind the sociological underpinnings of guns.

I’d be most interested in giving the 9mm another try, as I was over-compensating for its kickback and want to see how long it would take me to be able to master this gun’s aim. I hope to continue to approach gun range experiences as a hands-on approach towards better understanding guns in the US rather than simply going for recreational enjoyment, but also want to tackle my internal dissonance since I am still struggling to come to terms with enjoying my experience yet previously not being okay with the thought of enjoying shooting.

3 thoughts on “Student Range Visit Reflection #11: I Am Still Struggling to Come to Terms with Enjoying My Experience”